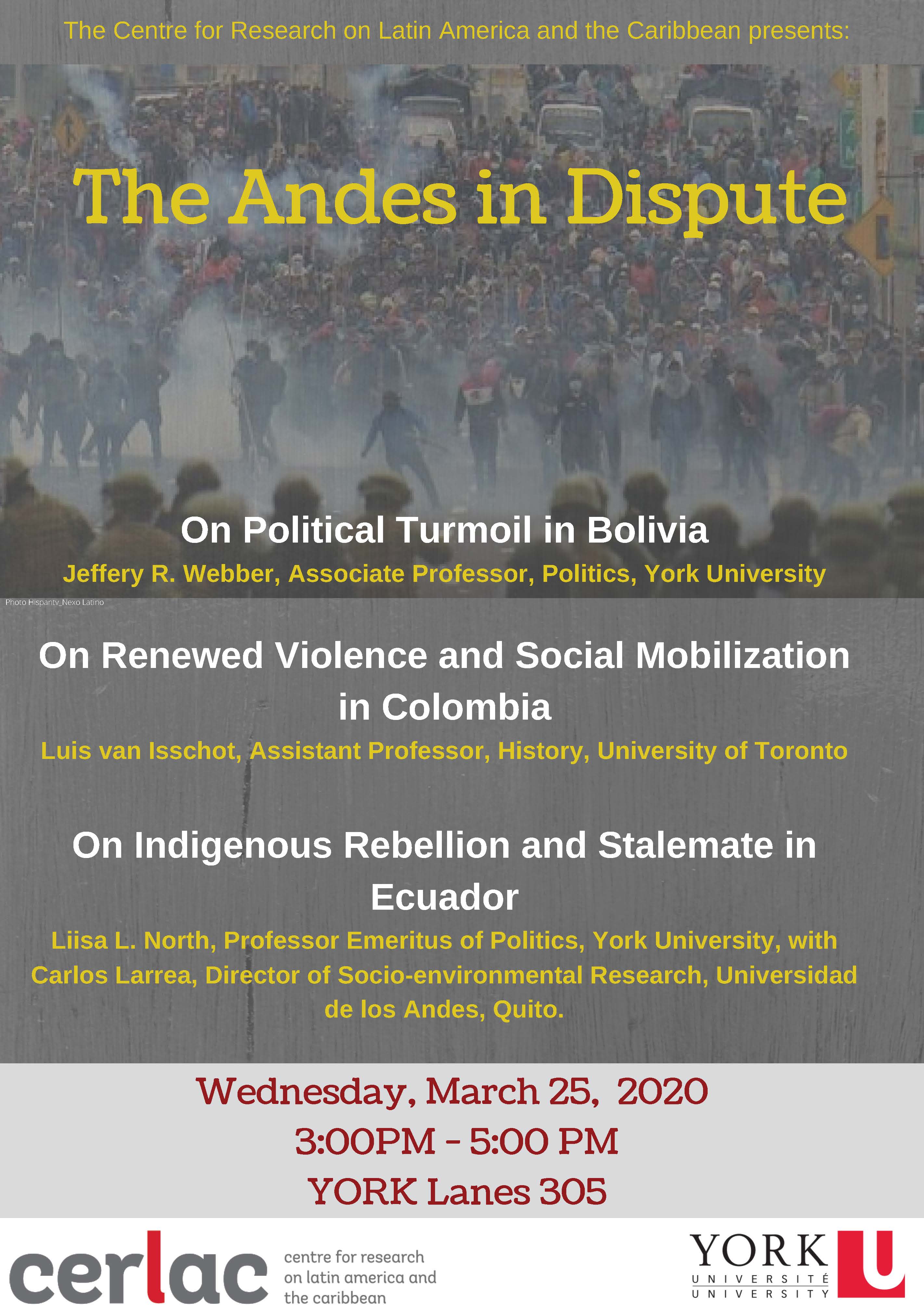 The Andes in Dispute

The Panelists:
Jeffery R. Webber is the author of a number of books on Latin America, including Red October: Left-Indigenous Struggles in Modern Bolivia. He is presently at work on Latin American Crucible: Politics and Power in the New Era, under contract with Verso.

Liisa L. North’s most recent publications are her co-edited Dominant Elites in Latin America, From Neo-Liberalism to the ‘Pink Tide’ (2018) and the also co-edited open access on line Concentración económica y poder político en América Latina (2019).
Carlos A. Larrea uses mega data to analyze social and economic transformations and processes. He is the author of 15 books and 85 articles, among them, Hacia una Historia Ecológica del Ecuador, which has gone through several editions and multiple printings.