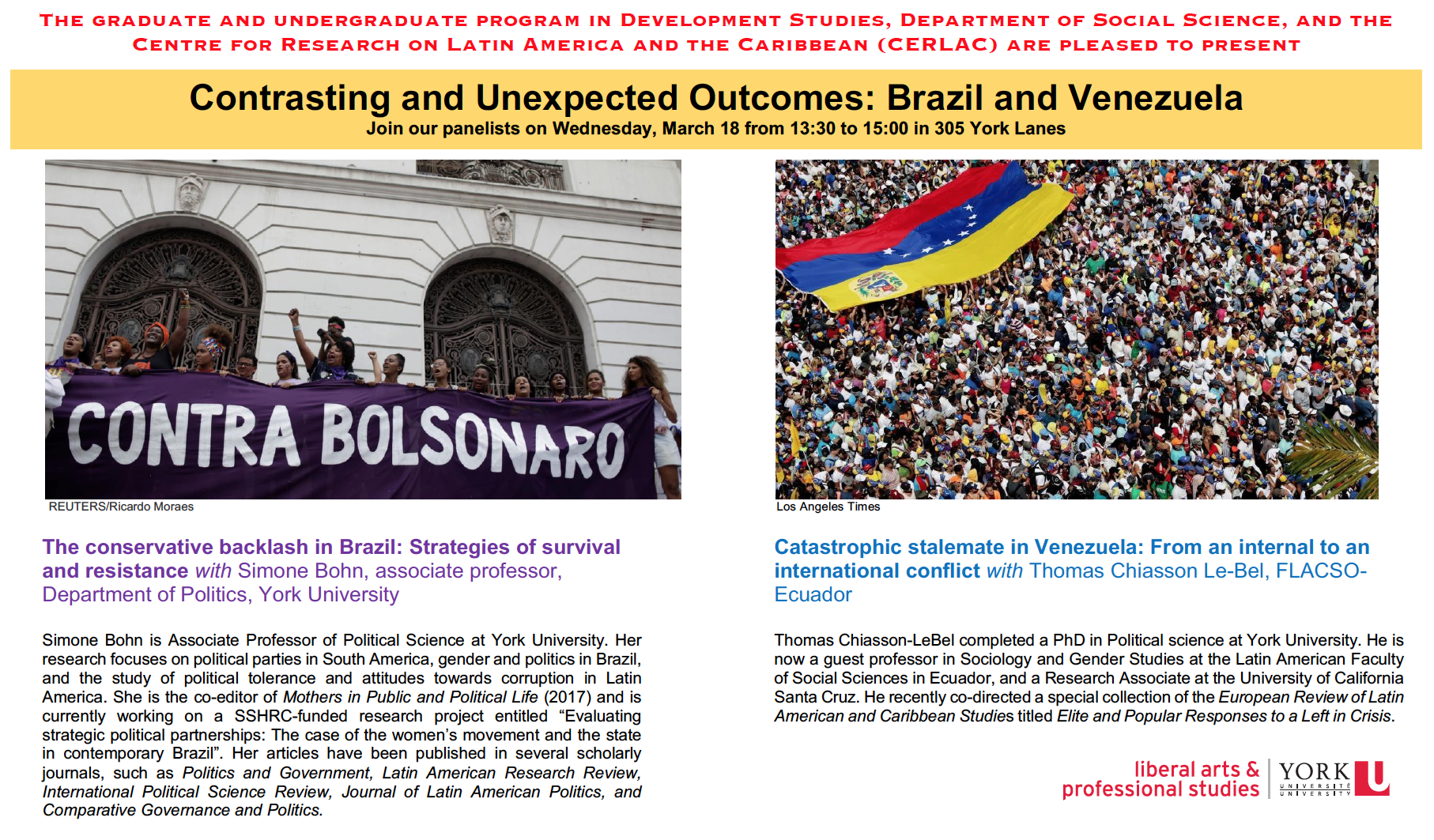 Free and open to all

Thomas Chiasson Le-Bel: Catastrophic stalemate in Venezuela: From an internal to an international conflict.

Thomas Chiasson-LeBel completed a PhD in Political science at York University. He is now a guest professor in Sociology and Gender Studies at the Latin American Faculty of Social Sciences in Ecuador (FLACSO), and a Research Associate at the University of California Santa Cruz. He recently co-directed a special collection of the European Review of Latin American and Caribbean Studies titled Elite and Popular Responses to a Left in Crisis.

Simone Bohn: The conservative backlash in Brazil: Strategies of survival and resistance

Simone Bohn is an Associate Professor of Political Science at York University. Her research focuses on political parties in South America, gender and politics in Brazil, and the study of political tolerance and attitudes towards corruption in Latin America. She is the co-editor of Mothers in Public and Political Life (2017) and is currently working on a SSHRC-funded research project entitled “Evaluating strategic political partnerships: The case of the women’s movement and the state in contemporary Brazil”. Her articles have been published in several scholarly journals, such as Politics and Government, Latin American Research Review, International Political Science Review, Journal of Latin American Politics, and Comparative Governance and Politics.

Event co-Sponsors: Development Studies in the Department of Social Science and CERLAC